We motored out of Barra this morning in calm water and hot still air. It's only a thirteen mile jaunt around the corner to Tenacatita so it should have been simple enough, but halfway I realized that the batteries weren't charging. Scratch that, they were charging, but slowly. And while the Amps were going in the Voltage wasn't rising, it was stuck at 12.0.

A peek inside the engine compartment confirmed that it was a loose belt, or actually two loose belts. The engine driven fridge belt assembly had practically worked it's way off the mount which also explained why ...

END_OF_DOCUMENT_TOKEN_TO_BE_REPLACED

Am I just a crusty, post-apocalyptic cynic, or does it seem like the Volvo Ocean Race is more about individual teams racing to rejoin the race (particularly in time to sail into their sponsor homeports) than it is about teams engaged in a round-the-world fleet race?

END_OF_DOCUMENT_TOKEN_TO_BE_REPLACED

Fossil fuels are so 20th Century. So you have to admire anyone who is exploring new ways to power vessels across the vasty deeps. Like Don Montague and Joe Brock, who are hard at work developing a Kiteboat. Here's how they describe the project:

Our objective is to evolve waterborne transportation to use kites as propulsion. To date, kite propulsion has primarily been used for sport, in kitesur?ng and single-person traction kiting. In small-scale traction kiting, the force of the kite can be controlled by an individual holding on to the kite directly, but as the kite gets larger,

Here’s a piece of trivia from the Where Are They Now Department: American Promise, the Ted Hood-designed 60-footer that Dodge Morgan sailed around the world non-stop back in 1985-86, is spending the winter at Kittery Point Yacht Yard, just across the river from where I live. I cycled over during the weekend to pay her a visit and found her nicely buttoned up for the season.

I’ve been thinking a bit about Promise and Morgan ever since he died in September 2010, and the one thing that struck me most when I reviewed the boat’s design and original sail ...

END_OF_DOCUMENT_TOKEN_TO_BE_REPLACED 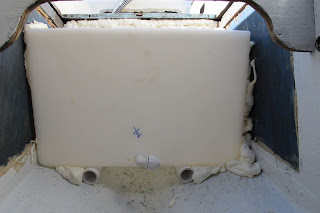 One of the projects we got to while my family was down in New Orleans helping me out was installing a holding tank and second water tank. To make our lives a little easier we set the tanks in place with regular old hardware-store expanding foam. The water tank went into a mostly dead space behind where the engine will go, when we find one (Have a used 10-15hp marine diesel to sell?-Get in touch). We just hooked up the hoses, shoved it back into the stern until it kind of stuck and then sprayed some foam around to hold ...

END_OF_DOCUMENT_TOKEN_TO_BE_REPLACED

There is nothing more haunting (or damaging to the ecosytem around it) than a dying ship.

The container ship Rena ran aground off New Zealand four months ago, and Poseiden finally claimed his due, breaking the ship in half. Oil in the water, containers adrift, irreperable damage to the fragile reefs around it.

That's the price of endless human commerce and no matter how much technology is involved there will always be crews that make mistakes, and ships that go aground.

I tire of this endless assault on my world. I tire of humanity's arrogance and self-preoccupation. 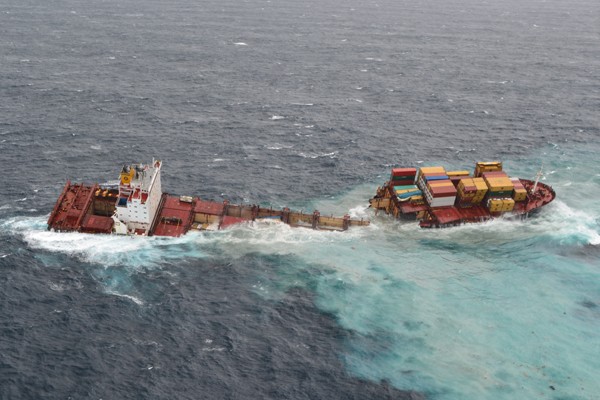 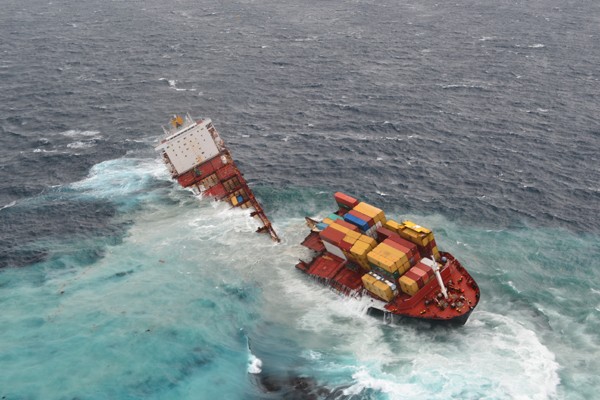 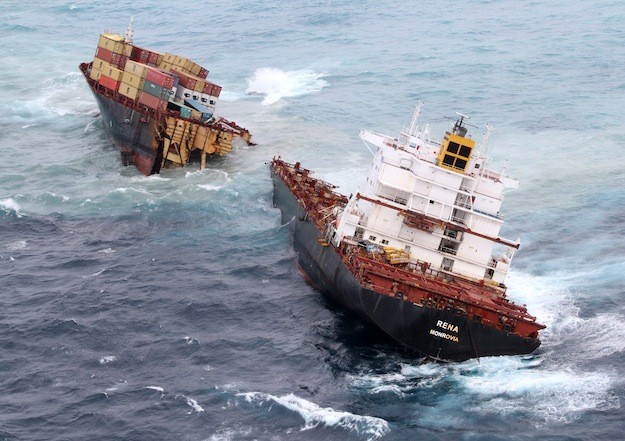 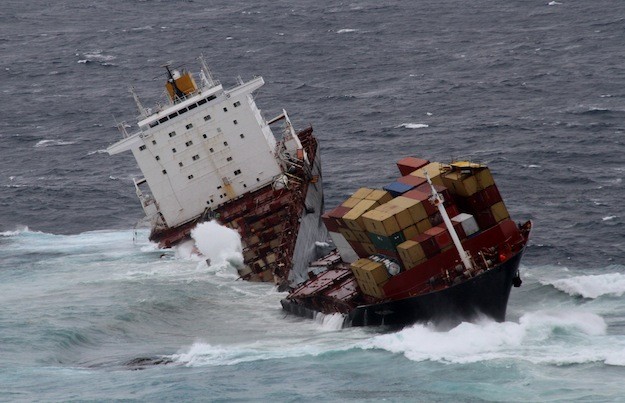 END_OF_DOCUMENT_TOKEN_TO_BE_REPLACED

A remarkable view of the Japanese tsunami–from inside Yu Muroga's car. Filmed by his dashboard camera.

Ten years ago you rarely heard the word "tsunami." Now it is a phenomenon that probably exceeds hurricanes in terms of global awareness and global wariness.

END_OF_DOCUMENT_TOKEN_TO_BE_REPLACED

That's all the time it took for the 131-foot trimaran to circle the globe non-stop under sail, at an average speed of (c'est ridicule!) of 26.5 knots (almost 3 days faster than previous record-holder Groupama 3). It could have been even faster, possibly sub-43 days, if they hadn't been slowed down on the approach to Cape Horn and had to sail halfway to New York to skirt the Azores High as they asended the Atlantic toward the finish.

END_OF_DOCUMENT_TOKEN_TO_BE_REPLACED

There is probably no greater compliment a yacht designer can receive than being asked to design a new yacht for a friend.

When I was a kid I loved to walk the docks down at the Shilshole Bay Marina. This was back in the day before they began putting locks on the gates. I would take a sketch pad with me and stop and sketch various design details that appealed to me. I think I was 15 years old at the time, before I had a driver’s license but I’d get from Mercer Island to Ballard mostly on foot. ...

END_OF_DOCUMENT_TOKEN_TO_BE_REPLACED

This video shows the only friends we made on the Patagonian coast.

This pod of Commerson's Dolphins stuck with us through thick and thin for hundreds of miles of sailing. They are the cutest of all cetaceans at about five feet long. Most dolphins/porpoises swim excitedly off your bow, sometimes for hours, but if you stop the boat they lose interest quickly and drift off. No so with our friends the Commerson's Dolphins. When the weather got nasty we hove too, as we did in this video, and they hung out in the slick we left to windward…for hours. ...